Lots of exciting news has been coming from Strange Chemistry towers, they really know how to treat us well! 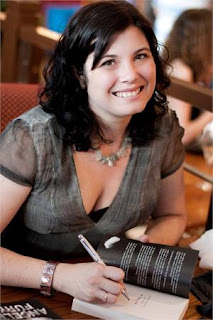 We are delighted to bring you the news today that we have signed a truly wonderful talent in the form of Bryony Pearce. Her novel The Weight of Souls is due from Strange Chemistry in Autumn 2013, and the deal was made between me and Juliet Mushens of PFD.
ABOUT BRYONY PEARCE
Bryony Pearce completed an English Literature degree at Corpus Christi College, Cambridge in 1998 and afterwards worked in the research industry.  After a while she moved to a village at the edge of the Peak District and went freelance so she could devote more time to writing.  Her first book, the award winning Angel's Fury, was published by Egmont in 2011.  She is now a full time mother to two children, writes as much as possible and enjoys doing school visits and events when she can fit them in.  Her agent is Juliet Mushens at PFD.  For more information on Bryony, please visit her website www.bryonypearce.co.uk and @BryonyPearce
ABOUT THE WEIGHT OF SOULS
16 year old Taylor Oh is cursed: if she is touched by the ghost of a murder victim then they pass a mark beneath her skin. She has three weeks to find their murderer and pass the mark to them - letting justice take place and sending them into the Darkness. And if she doesn't make it in time? The Darkness will come for her... She spends her life trying to avoid ghosts, make it through school where she's bullied by popular Justin and his cronies, keep her one remaining friend, and persuade her father that this is real and that she's not going crazy.
And then Justin is murdered and everything gets a whole lot worse. Justin doesn't know who killed him, so there's no obvious person for Taylor to go after. The clues she has lead her to the V Club, a vicious secret society at her school where no one is allowed to leave... And where Justin was dared to do the stunt which led to his death. Can she find out who was responsible for his murder before the Darkness comes for her? Can she put aside her hatred for her former bully to truly help him? And what happens if she starts to fall for him?

Second Up
Cover Reveal THE HOLDERS By JULIANNA SCOTT 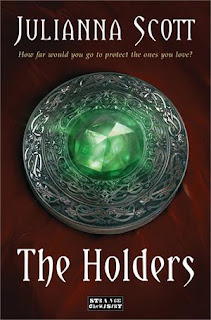 17-year-old Becca has spent her whole life protecting her brother – from their father leaving and from the people who say the voices in his head are unnatural. When two strangers appear with apparent answers to Ryland’s “problem” and details about a school in Ireland where Ryland will not only fit in, but prosper, Becca is up in arms..
She reluctantly agrees to join Ryland on his journey and what they find at St. Brigid’s is a world beyond their imagination. Little by little they piece together information about their family’s heritage and the legend of the Holder race that decrees Ryland is the one they’ve been waiting for—but they are all, especially Becca, in for a surprise that will change what they thought they knew about themselves and their kind.