"The Mortal War is over, and sixteen-year-old Clary Fray is back home in New York, excited about all the possibilities before her. She's training to become a Shadowhunter and – most importantly of all – she can finally call Jace her boyfriend. But nothing comes without a price. Someone is murdering the Shadowhunters who used to be in Valentine's Circle, provoking tensions between Downworlders and Shadowhunters that could lead to a second, bloody war. And when Jace begins to pull away from her without explaining why, Clary is forced to delve into the heart of a mystery whose solution reveals her worst nightmare: she herself has set in motion a terrible chain of events that could lead to her losing everything she loves. Even Jace." 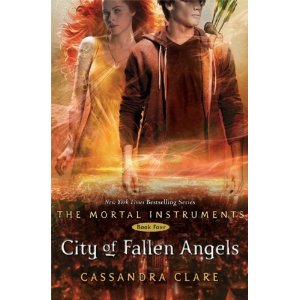 Wow I haven't done one of these in a while, but I shall start how I normally do anyway.  The Cover.  I love that they kept to a similar style with the covers.  The colours are stunning, the city landscape is beautiful.  I absolutely love the little touches on the characters.  The scars of tattoos on the Clary model & the ring around her neck.  What I was not so keen on though was the fact that the models faces were visible.  I would much rather have things like that kept to my imagination, I would to build my own picture of the character.  Also the Simon models hair is dreadful!!!
Reading this it just felt like catching up with old friends.  It was so easy to jump back into and the story flowed straight away.
As some of you may know Cassandra Clare is writing a prequel series of books that kind of run alongside this.  There were a few mentions of characters and things that happened in the first book of that series and that made me so excited.  I adore The Infernal Devices books as much as these, and I'm now even more eager to get the second installment of them!
There were quite a few new characters introduced in this book, this was done in a really fluid way.  The characters fit in perfectly and I'm excited to see what happens with them in the next two books of this series.
I was left feeling a little frustrated with the current conclussion to our lead characters story.  I do understand that books would be pretty boring if there was no conflict or anguish, but they are like my friends and so you are bound to feel feelings of worry for them.  This shows how wonderfully Cassie writes though and so you are left feeling absolutely captivated.
I really enjoyed this new installment to the series.  For me it wasn't quite as amazing as the previous books, but I can't wait to see where the story is going and what will happen next!!
Rating 4 1/2 Out Of 5
This Is Published In The UK By Walker
This Can Be Purchased HERE and At All Good Bookstores
Posted by District YA at 19:34 2 comments:

In My Mailbox Is An Awesome Blog Post Idea Hosted By The Story Siren
All links will take you to Amazon
So this is my first IMM in well over a month.  I really do apologise for this.  Sadly I've had a lot of family problems that demanded a lot of my time.  Things have now settled down and so I can get back to some of my enjoyment.
I have actually got lots of books recently, so I'm going to put half into this post and the rest will go into next week IMM.
Gift 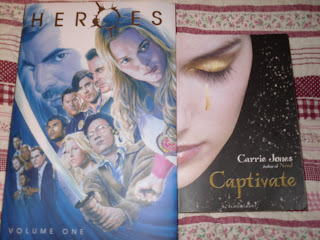 These Two were given to me by the lovely Laura over at Sisterspooky Book Fangirl, shes a legend as you all know!!
Heroes Graphic Novel
Captivate By Carrie Jones
Bought 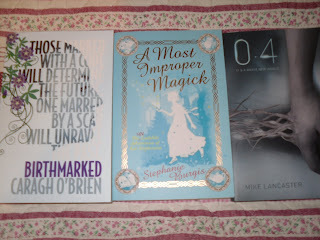 Birthmarked By Caragh O'Brien
This one I have been waiting to read for ages & yet still haven't gotten round to reading.  I really must soon!
A Most Improper Magick By Stephanie Burgis
This is aimed more at older children but I really liked the sound of it and thoroughly enjoyed it.  My review will be up for this soon
0.4 By Mike Lancaster
This one sounds so good.  I'm thrilled I finally got myself a copy 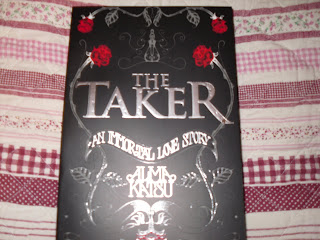 The Taker By Alma Katsu
This is actually an adults book, which is a miracle for me to have bought, but it sounds so good and looks really pretty.  Looking forward to reading it!! 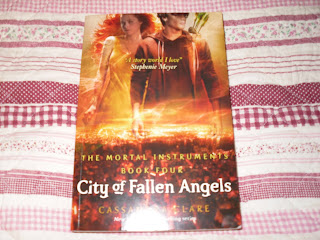 City Of Fallen Angels By Cassandra Clare
I LOVE these books!!  I've already read this and my glowing review shall be up for it in the next few days!!
For Review 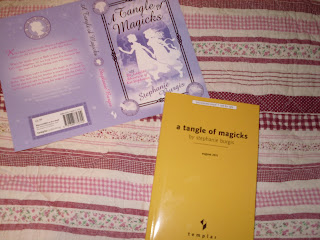 A Tangle Of Magicks By Stephanie Burgis
This is my very first book that I got for review.  So mega excited for it & I can tell you it was fantastic!  Yet again review is to follow shortly! 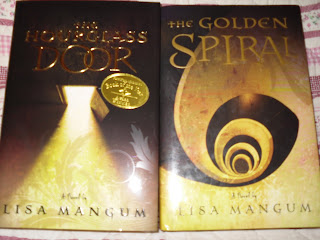 The Hour Glass Door
The Golden Spiral By Lisa Mangum
These sound fantastic too!  I'm so eager to read these as soon as I can.  Really recommend you check them out!!
Won 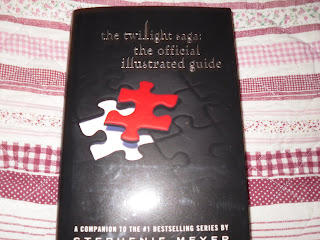 The Twilight Saga: The Official Illustrated Guide By Stephenie Meyer
I'm a big Twilight fan, so wanted to get this anyway, but then I was really lucky and won a copy from the awesome Bookshelf Banter - YOU GUYS ROCK!!! 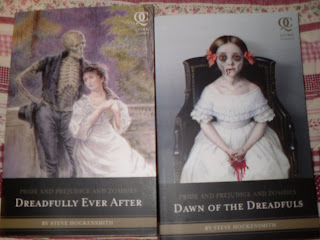 Dreadfully Ever After
Dawn Of The Dreadfuls By Steve Hockensmith
I won these from the Awesome Portrait Of A Woman, have been wanting to read some of these style adaptations for ages, so was really excited about it 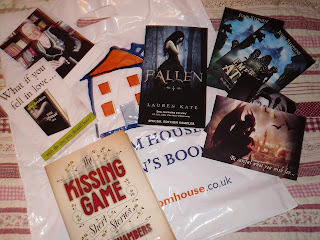 This awesome lot of Swag was won by simply following an amazing person on twitter!!  I suggest you all go and read what she tweets!!! Random_Rosi
Hope you all got some amazing reads too!!!
L-L
xoxo
Posted by District YA at 21:28 7 comments:

Labels: IMM, In My Mailbox

My Guest Blogging Debut over at Book Angel's Booktopia

Most of you know Emma and her big love of music, something that we yet again share and when I heard she was doing posts on life soundtracks I was eager to do my own one - even though it is highly embarrassing!!

So please go over and have a good laugh at my expense and then have a good look at Emma's site - its rather awesome!!!
Posted by District YA at 16:08 No comments:

As all good book fans shall know this week is the Book Expo America - SOOOOO Jealous I am not there!!!  But I'm very excited to hear the all kinds of awesome announcements and news that happens, just will sadly be from my living room instead!

Today marked the release of the cover for 'Clockwork Prince' The second of The Infernal Devices books by Cassandra Clare - I just did a squeal at seeing it!!  Yep it is that cool!!! 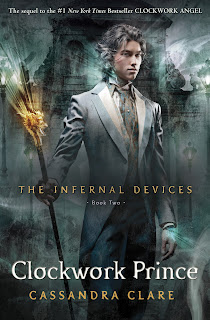 Once again they have come up with a stunning cover although Jem's head does look a little super imposed in my honest opinion, but I am still so excited to devour it!!
Posted by District YA at 17:30 1 comment:

Amazing Giveaways to check out.....

So the Fabulous Victoria Scwhab is hosting the most epic giveaway For her upcoming book 'The Near Witch' on her site - I HIGHLY recommend you all check it out NOW!!!!

http://veschwab.wordpress.com/
Posted by District YA at 16:50 No comments:

I'm so sorry for my long blog silence.  Recently my Grandad has been diagnosed with a horrid illness & this has led to me basically living at the hospital.  I've barely had any time for myself, let alone my blog which is yet another sadness for me right now.
Hopefully this week my Grandad is being sent home, with lots of medical care and so that means I can give some of my time back to my enjoyments.

Hope you are all well?  I can't wait to get back into my blogging habit ;)