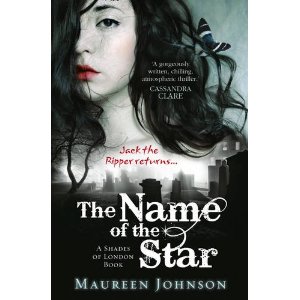 "The day Louisiana teenager Rory Deveaux arrives in London marks a memorable occasion. For Rory, it's the start of a new life at a London boarding school. But for many, this will be remembered as the day a series of brutal murders broke out across the city, gruesome crimes mimicking the horrific Jack the Ripper events of more than a century ago.

Soon “Rippermania” takes hold of modern-day London, and the police are left with few leads and no witnesses. Except one. Rory spotted the man police believe to be the prime suspect. But she is the only one who saw him. Even her roommate, who was walking with her at the time, didn't notice the mysterious man. So why can only Rory see him? And more urgently, why has Rory become his next target? In this edge-of-your-seat thriller, full of suspense, humor, and romance, Rory will learn the truth about the secret ghost police of London and discover her own shocking abilities"

So I must kind of admit I've always had a somewhat morbid interest in the whole Jack The Ripper story.  It still shocks me that someone could think to do such horrid things, let alone back in a time when a lot of innocence was still around.  They really couldn't blame his actions on what he saw on TV or heard in music!!
So a modern take on the story with ghostly twists sounds amazing.  Can't wait to give this one a read!!
Posted by District YA at 21:21