"17-year-old Lila has two secrets she's prepared to take to the grave. The first is that she can move things just by looking at them. The second is that she's been in love with her brother's best friend, Alex, since forever. After a mugging exposes her unique ability, Lila decides to run to the only people she can trust - her brother and Alex. They live in Southern California where they work for a secret organisation called The Unit, and Lila discovers that the two of them are hunting down the men who murdered her mother five years before. And that they've found them. In a world where nothing and no one is quite as they seem, Lila quickly realises that she is not alone - there are others out there just like her - people with special powers -and her mother's killer is one of them..." 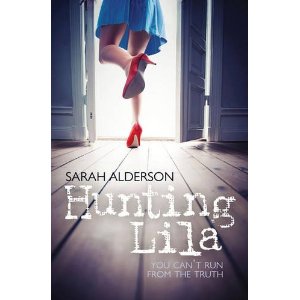 I very luckily won this a while back, but I must admit I hadn't heard too much about it before I got it.  I thought the blurb sounded pretty cool and so I decided to join this book world for a while!!

The cover is pretty eye catching.  I don't think it tells you what kind of  genre it is just by looking at it and so maybe will have greater appeal to more people.  Once you actually read the book, you can see how the cover fits in.

The book kicks off with a huge revelation and then goes on to tell you all the back story you need to know in the first chapter or so.  I found this a fantastic way to get you in their world and let you know all the details you need to.

I have to say the story felt somewhat disjointed for me to begin with though.  There were certain parts of the story that just didn't work out right & also a big mixture of different style stories in one that confused me.  I can very happily say though that everything rightens itself and makes so much more sense by the end.

I did find Lila's character quite frustrating and annoying at times, but I have to admit I would act much the same as she does, so maybe she was just a little too like me?!

Now the love interest in this - OMG so dreamy!!!  I so wish my brother had a best friend like the gorgeous Alex.  But sadly no such luck, so I'm gonna have to carry on borrowing Alex for the time being.  He really is a dreamboat and I really want to see what more can happen with him & Lila.

The book concludes rather dramatically.  It seriously had my heart pounding and just leaves me thinking WHAT NEXT???

Although this was a bit of a struggle for me at first, I ended up adoring this book and can't freaking wait to see what happens next

This Is Published In The UK By Simon And Schuster

This Can Be Purchased HERE and from good Book Retailers
Posted by District YA at 10:00