"Since her mother's death, fifteen-year-old Jem has kept a secret. When her eyes meet someone else's, a number pops into her head the date on which they will die. Knowing that nothing lasts forever, Jem avoids relationships, but when she meets a boy called Spider, and they plan a day out together, her life takes a new twist and turn. Waiting for the London Eye, she sees everyone in the queue has the same number - something terrible is going to happen." 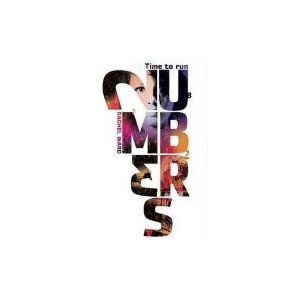 This is one of the books given to me by the lovely people at Chicken House books.  I wanted to make sure I read one of the books pronto & picked this one.  Straight from the blurb I thought this sounded a very different & unique read.

The cover is really eye catching.  I love the use of numbers for letters.  The spine and the back cover of the book is covered in tiny numbers.  You have to look really hard to see them, but I think it was genius to add that.  That made me feel like Jem for just a moment!!

This is a London set book, which you don't find that often in my opinion so that made a good change.  It was also set in the grittier side of London, where people don't speak with a plum in their mouth.  The speech in the book was written, just like the kids talk in Eastenders.  I could really hear their accents, coming out and it made it really easy to know what perspectives I was reading from or if it was the characters thoughts or the authors view.  This was a brilliant idea and I really enjoyed getting into that side of the book.

Like with most books I found myself getting very frustrated at the characters for their lack of communication.  I understand that books would be over far quicker if everyone did talk about everything, but still have that deep longing for characters to tell someone about their problems or fears.

Jem and Spider do some extremely silly things in the book, the sort of stuff you hear on the news nightly about kids in gangs, etc.  Whereas once I may have just thought how ridiculous of people, this book possibly explained it a little & gave me an insight into why people go to the lengths they do.  It did give me a feeling of sympathy for them, but still at no time glamorised what they do or make it seem like it is a good idea - it never is!

This is an extremely cleverly written book, that takes you on a whirlwind adventure.  But for me it felt incredibly depressing & gloomy.  It had an air of no escape from where you come from & obviously it wasn't the most uplifting message.  Its horrible to think that these lifestyles are reality for some people & in a very selfish way I wasn't comfortable living it with them.
All this said the last words were an absolute OMG!!  I was aghast to read them.
I would suggest this book to anyone that likes some harsh reality with their fiction!!

This is published in the UK By Chicken House

This Can Be Purchased HERE and at all good book stores
Posted by District YA at 15:53 1 comment:

In My Mailbox Is An Awesome Blog Post Idea Hosted By The Story Siren
All links will take you to Amazon
This week has been a lot slower on the book front, which isn't such a bad thing - I really need to catch up on my reads!  I still got some awesome reads.....
Bought 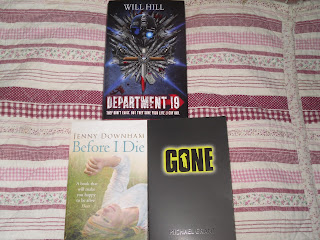 Department 19 By Will Hill
I've heard some amazing hype about this book & when I saw the fabulous hardback copies, I had to buy it!
Before I Die By Jenny Downham
I got this one from a charity shop.  Again I've heard its fantastic, although I am a little nervous of reading it, as my family has had cancer dealings.
Gone By Michael Grant
I've seen this one around but its just never really grabbed me, but what with my recently found love of Dysotopia, I figured this has got to be worth a go!!
Borrowed 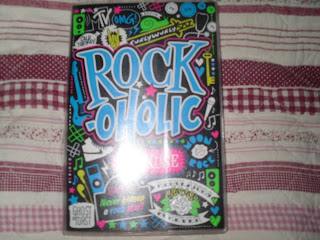 Rock-oHolic By C.J Skuse
The fabulous Emma at Asamum Booktopia has kindly lent this to me. It sounds really cool, and mixes both my love of books and music - YAY!!!
Gift 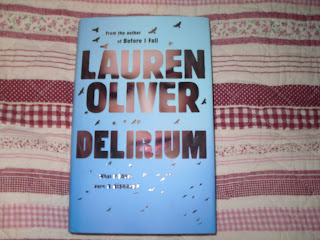 Delirium By Lauren Oliver
Yep that fabulous Jenny surprised me yet again with an amazing book, but this one is just that bit more special as it is signed by LAUREN OLIVER!!!!  So Excited by this! 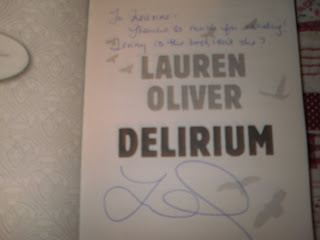 Hope you all got some amazing reads this week too!!
L-L
xoxo
Posted by District YA at 15:40 14 comments: